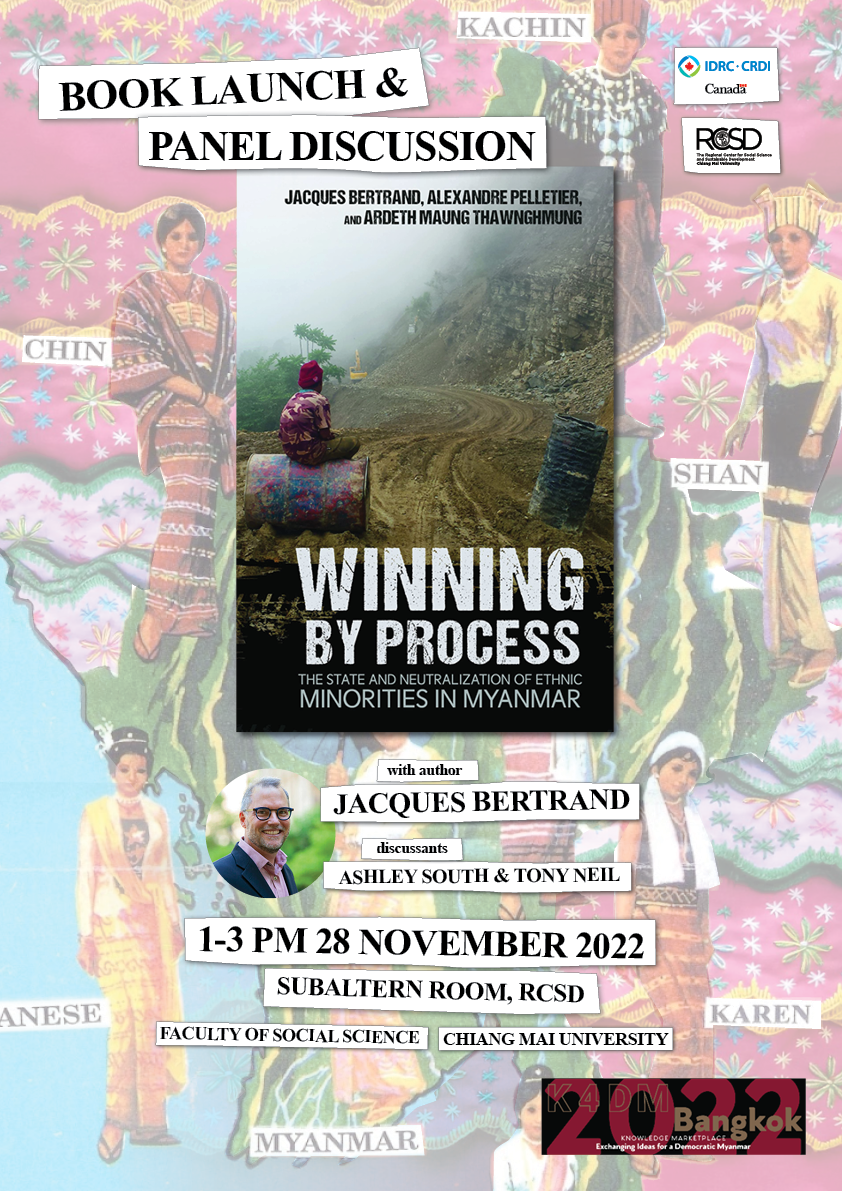 Join us on Monday, 28 November for the book launch of “Winning by Process: The State and Neutralization of Ethnic Minorities in Myanmar” (Cornell University Press) co-authored by Jacques Bertrand, Alexandre Pelletier, and Ardeth Maung Thawnghmung. The book launch and discussion will be held in the Subaltern Room with author Jacques Bertrand attending in-person along with discussants Ashley South and Tony Neil.

Winning by Process asks why the peace process stalled in the decade from 2011 to 2021 despite a liberalizing regime, a national ceasefire agreement, and a multilateral peace dialogue between the state and ethnic minorities. The book argues that stalled conflicts are more than pauses or stalemates. “Winning by process,” as opposed to winning by war or agreement, represents the state’s ability to gain advantage by manipulating the rules of negotiation, bargaining process, and sites of power and resources. During the last decade, the Myanmar state and military controlled the process, neutralized ethnic minority groups, and continued to impose their vision of a centralized state even as they appeared to support federalism.