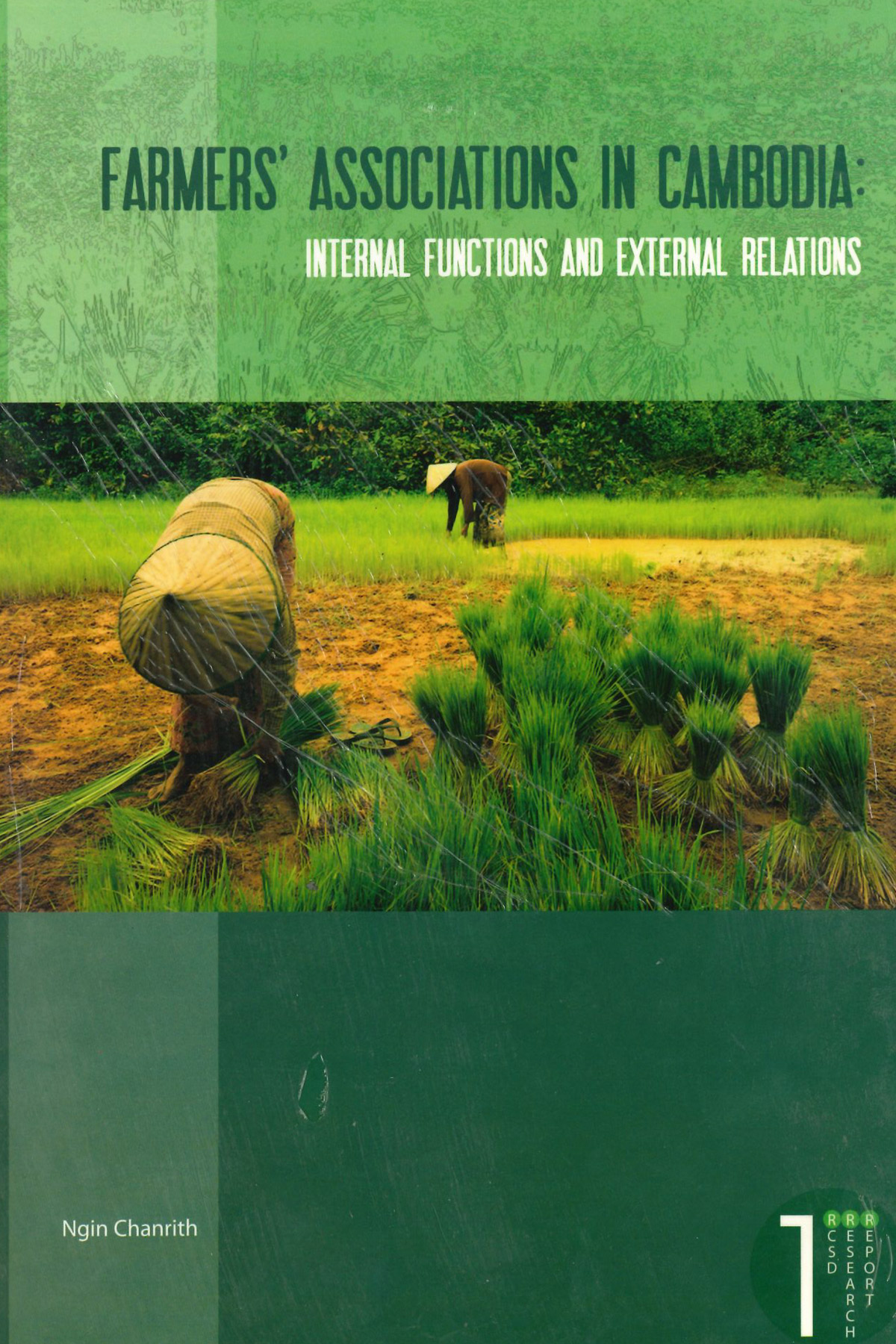 This research report looks at the development of Farmers’ Associations (FAs) in Cambodia, which have been formed by Cambodian rice farmers in response to a need to develop shared power when negotiating with external parties such as companies and the Government. In Cambodia, agriculture accounts for 34 percent of Gross Domestic Product (GDP) and employs 70 percent of the labor force. Given that 35 percent of the populace live in poverty and most of them are farmers in rural areas, improving the agricultural sector would seem the most effective way to reduce poverty in Cambodia. Agriculture has also been identified as the key to diversifying the sources of economic growth, with the potential to reduce poverty significantly if focused on smallholders, and it is believed that if agricultural productivity can be increased by between three and four percent, the Cambodian Millennium Development Goal (MDG) on poverty might be achievable. However, agriculture in Cambodia is predominantly comprised of subsistence rice production, and despite there having been a rice surplus in recent years, the bulk of the poor in the country are individual rice farmers who only grow enough rice to feed themselves and their families for half the year. This study examines the role collective action plays among Cambodian farmers in helping to resolve their problems, as it is widely believed that individual Cambodian farmers are unable to combat these issues alone, and in particular will examine the internal functions and external relations of Farmers’ Associations, revealing what organizational and environmental factors have contributed to their success. However, unless institutional arrangements are put in place to support these collective action initiatives, small farmers will not be able to effectively leverage their bargaining power, vis-a-vis external actors.