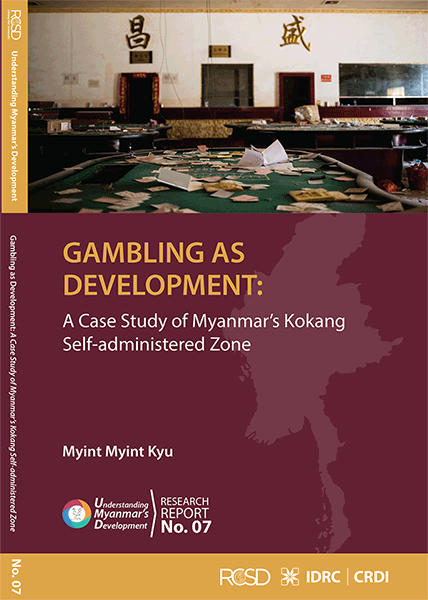 This study examines the casino industry that has come to dominate, Kokang, a border region of northern Myanmar whose local population is a Chinese speaking minority officially recognized by the central government. The area which is now officially known as the Kokang Self-Administered Zone, a corner of northern Shan State once known for its thriving opium production.  Interviews with casino employees and local residents of Kokang were conducted for this study, which focuses on the development of the casino industry in the region since 1989 and the industry’s economic and social impact on the region.

Myint Myint Kyu’s study of the area’s casino industry sheds much needed light on a very underresearched corner of northern Myanmar.  This research provides a fascinating look at Kokang’s casino industry and the economic and social impact it has had on this very special region, sandwiched between Myanmar’s Shan State and China’s Yunnan province.