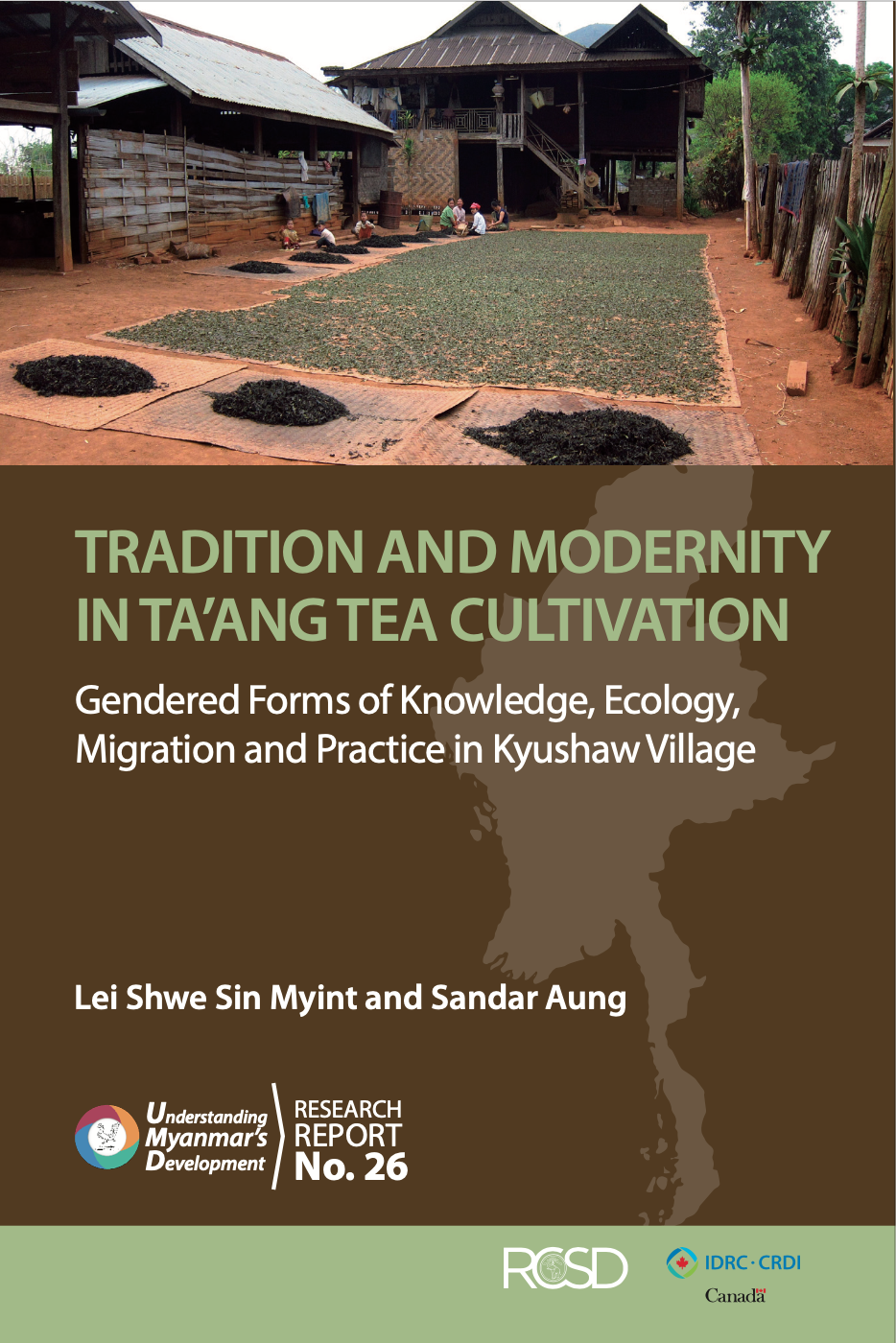 Kyushaw village, a small Ta’ang community in Northern Shan State, has for generations been dominated by household tea cultivation and production. Unlike the majority of the modern Myanmar tea industry, Kyushaw tea is produced through labor-intensive manual processes: growing, picking, drying, steaming, rolling, fermenting and packing. This traditional production is gendered, with women mainly picking and men more engaged in physical labor. These gender dynamics are part of a broader set of cultural expectations, where conservative norms dominate family life, economy, ecology and spirituality. This research seeks to situate the production and trade of Ta’ang tea in the broader context of Myanmar, where edible fermented tea and tea drinking are an ubiquitous part of history, society and culture. It explores these traditional gendered forms of production and social life in Kyushaw, which present a community forged through shared economy and practice. These dynamics are rapidly changing, with broad economic headwinds coinciding with the tragedy of continued conflict, as well as changing generational networks, perceptions and ideals. The research seeks to delve deeply into the dynamics of change in Kyushaw, both in terms of new irreconcilable economic forces as well as the changing perspectives of women – both locals migrating out in search of opportunity and agency beyond their
traditional village, as well as Bamar women continuing to seasonally migrate to the village to pick tea. This aspect of the research reveals both gendered and generational divides with respect to the relative value of “tradition” and community life.