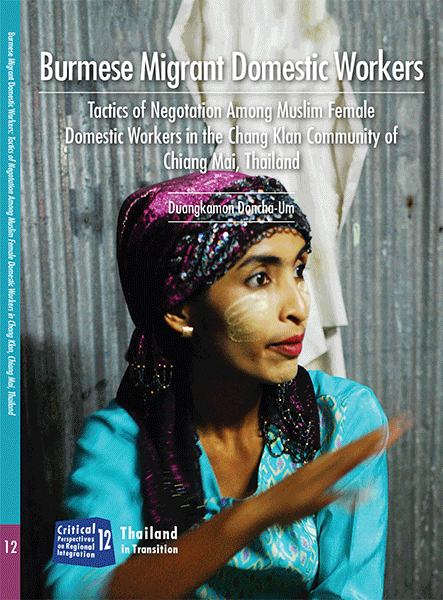 Burmese Muslim female migrant domestic workers seek to transform their vulnerable, marginalized identities as Burmese (race), Muslims (religion), migrants (migration status), domestic workers (class), and women (gender) into social capital via various tactics of negotiation in the community in which they have resettled. Although subject to exploitation from employers and the Thai state, they are not passive victims. Despite their “weak” position in an inequal structure, they use tactics of negotiation to further their goals of upward mobility.